What happened at the Bb. Pilipinas 2019 press presentation? 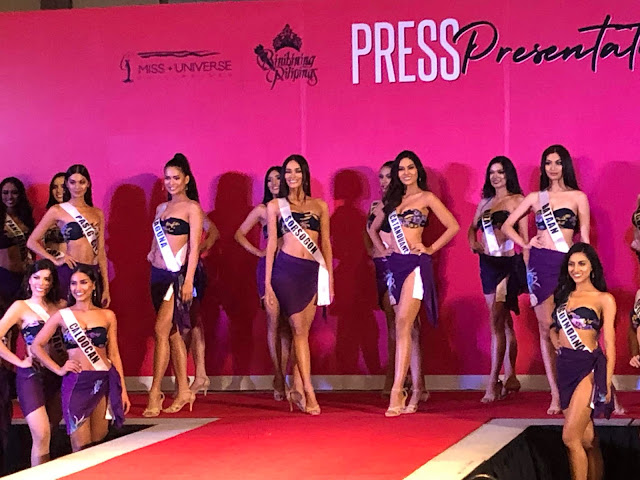 In case you missed it, here’s what happened during the Bb. Pilipinas 2019 press presentation.

The most important Bb. Pilipinas 2019 presentation took place last April 4. This is one of the major events of the pageant as they would be presented to the members of the press, sponsors, past beauty queens and most importantly to the BPCI officials. Based on legend (legend talaga?), the judges selected their favorites from this event and these ladies have the higher chance to place in the finals. Pageant bloggers/experts and media also pick favorites from this event. Any performers will be included in their leaderboard aka hotpicks.

Unfortunately, Madam Stella Araneta did not able to attend the event. According to my source, Madam SMA is currently in Colombia for a vacation. Anyways, other BPCI officers were present including major sponsors like Megaworld and ABS-CBN representative.

Enough of these narratives, let me present to you the happenings during the presentation of candidates.


2. Swimsuit presentation
The girls paraded themselves showing their gym-earned abs wearing two-piece swimsuits by Domz Ramos and shoes by Jojo Bragais. Instead of the traditional numbers, the girls were called by their hometown/province with their sashes on. This is a first time in Binibini history. Miss Universe levels it is. Good job BPCI.

Here are the official candidates of Bb. Pilipinas 2019:

In spite of the scorching heat of the sun, the ladies were all smiles to the media.

He will be responsible for elevating the level of Miss Universe Philippines further through his innovative and groundbreaking pageant creative concepts and ideas.


5. Ahtisa Manalo and Jehza Huelar pick favorites
TV reporters and bloggers had the opportunity to interview some of the reigning queens of Bb. Pilipinas.

Huelar was impressed by the transformations of this year’s contestants from the time they were screened. Meanwhile, Manalo is eyeing for five contestants who might get the Bb. Pilipinas International crown.


6. Press favorites?
Some of the candidates were pick up from the holding area to do interviews with the media.

7. Miss Photogenic
Accredited media filled-up a form and voted who is their choice for Miss Photogenic award. The votes will be tallied by BPCI staffs and the winner will be announced on the coronation night, June 9.

So there you, hope you’ve got a glimpse on what happened during the press presentation. The pageant is only starting and it’s early to tell who will win. I have my favorites of course but I will tell you in some other time. Please follow my social media accounts for more pageants and entertainment happenings:


Posted by Arvin Cabachete on April 05, 2019
Email ThisBlogThis!Share to TwitterShare to FacebookShare to Pinterest