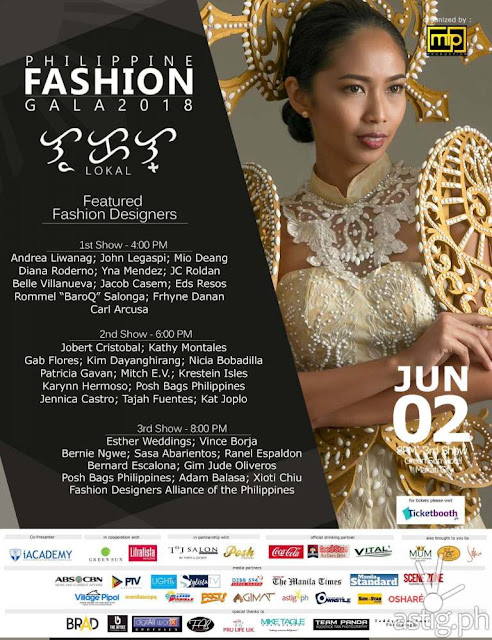 The fashion show was aimed to showcase the different collections of 35 young and upcoming fashion designers representing Africa, Taiwan and different provinces in the Philippines.


“I’m very proud to present to you this fashion show. We would like to showcase that the Philippine Fashion is not only limited to Baro’t Saya. We will show to the world the Filipino’s creativity and culture when it comes to fashion. I hope you would appreciate the Filipino fashion in this show. I am Filipino and I’m proud being a Filipino”, producer Mike Tagle said in his opening speech.

The event also aims to stabilize and further what and how made in the Philippines could be. Designers were inspirited with cultures, tribes, history and Philippine arts. Veritably, some garments translated with the use of local fabrics such as piña and abaca; some compacted with patriotic symbolism like Philippine Peso, deities and Philippine mythology; and some fused the traditional Filipiniana into modern and timely approach.

The first show featured the collections of these designers:

The following designers showcased during the second show:

The third and final show featured the collections of the following designers:


Congratulations to MTP Productions specially to Mike Tagle for a very successful show.