Miss Manila 2018: Frontrunner and Crossover Ladies Vie for the Crown 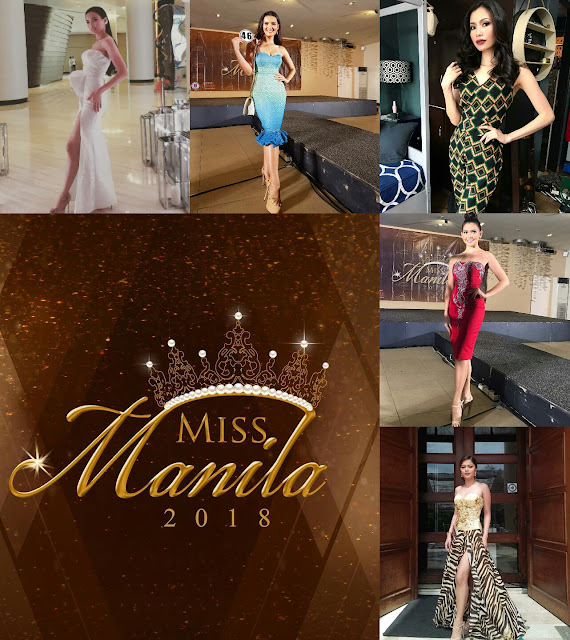 Now on its fifth year, Miss Manila 2018 kicks-off with some frontrunner and crossover candidates from two of the biggest beauty camps in the country and some independent candidates. Our blog contributor, Dale Gregory Medina, list down the possible winner for this year's pageant.

From Aces & Queens, Malka Shaver. Malka is a Mass Communication graduate of Silliman University. She was the former Miss Dumaguete 2014, Miss Mandaue 2016, Hiyas Nan Carrascal 2017 2nd Runner-Up and Binibining Cebu 2017 semi-finalist. Will Miss Manila 2018 be her next destiny?

Also from Aces & Queens is Leitz Camyll Ang. Leitz is an Accountancy graduate of San Beda College Manila and is now a Certified Public Accountant. She joined Miss Chinatown 2016, Miss World Philippines 2016 and Binibining Pilipinas 2017. Will she have the same fate as Maria Gail Tobes who was unplaced in Binibining Pilipinas 2017 and later bagged the Miss Manila 2017 crown?

From Aces & Queens as well is the half Filipino half Canadian model, Kristi Banks. Kristi, also known for her nickname “Casie”, is a graduate of AB Philosophy at the University of Santo Tomas. She is a travel blogger and a semi-finalist in Miss Earth Canada 2017. Will she be travelling the entire City of Manila as Miss Manila 2018?

Now from Kagandahang Flores, Agatha Lei Romero. This girl came from a family of Civil Engineers and so she graduated Civil Engineering at the University of Santo Tomas. Agatha is very familiar to every pageant fan. She is a top 25 semi-finalist of Binibining Pilipinas 2018. Will this Civil Engineer construct her way to the Miss Manila 2018 crown?

Independent beauties are also on their game on winning the crown.

Former spiker of the Ateneo Lady Eagle and now, ABS-CBN courtside reporter, Therese Gaston will show her queen side as she battle for Miss Manila 2018. Will she be able to make a good spike to win the Miss Manila 2018 crown?

Another independent candidate this year is Ma. Flordeliz Mabao. Liz is a former Miss Mandaluyong and was given the chance to represent Mandaluyong City in Miss Earth Philippines 2018. She placed among the Top 15 of the Figure and Form category. Will she finally make her way on top and be the next Miss Manila 2018.

Inspite of being an independent candidate, Kathleen Joy Paton is determined to win the crown. This Australian based beauty is a model and a singer/performer. Her very first pageant was Miss Teen Asia Pacific 2017 in Australia where she won 1st Runner-Up. Later that year, she was appointed by the Australian National Director of the pageant to be the Philippine representative to the Miss Teen International 2017 where she was able to win the title for the Philippines. Will this talented international beauty be crowned as Miss Manila 2018?


Another independent candidate is Julie Forbes. Julie is a graduate of Computer Technology at Dr. Yanga’s College Inc. She is a model and a certified “kontesera” as she joined and won some barangay pageants. She was the youngest girl among the Forbes siblings. Her eldest sister is Ali Forbes, former Binibining Pilipinas 2012 2nd Runner-up and Miss Grand International 2013 3rd Runner-up. Will her experience in winning barangay pageants help her to win the Miss Manila 2018 crown?
All of these ladies have a common goal. Will one of these front runners be crowned as Miss Manila 2018? Find out on June 26 (Tuesday) at PICC.